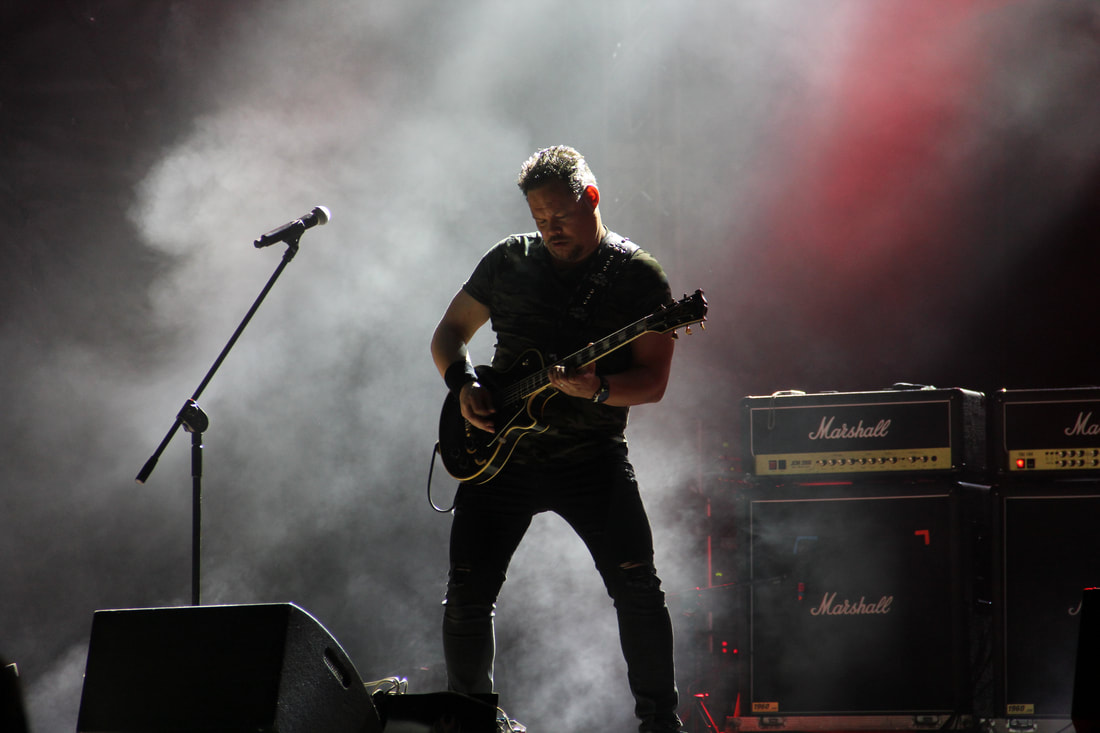 At age 15 I heard the solo in Iron Maiden's “Somewhere in time”, and I discovered Gary Moore’s “Over the hills”. I then said: “Mum, I want to play guitar like Gary.”  She said “okay” and bought me my first guitar. It was a black Vester with fake airbrushed broken eggs on it. I purchased myself a 15W Squier amp and got addicted to playing 😄. After 4 years I was able to buy myself a 1979 black Gibson Les Paul Custom which became my number one guitar. Soon I added more Gibsons to the collection like a white Custom, SG, Explorer and ThePaul, and as a final addition I’ve found a fire red PRS that is on its way to be the new number one. Plugged into a 100Watt ENGL Powerball the sound of the Gibson and the PRS, are like a fat warm roaring thunder with endless sustain. That is how I like it. It seems I do have a severe case of GAS (gear acquisition syndrome)... I love gear to the max!

God knows how many years ago I got a call from Guus. Phoenix was in need for a guitar player for a maximum of 5 gigs. He said: “Please learn these 5 songs in two weeks, don't underestimate it, we play fast and tight”. He forgot to add: “louder than Hell!”. I auditioned and got the gig.