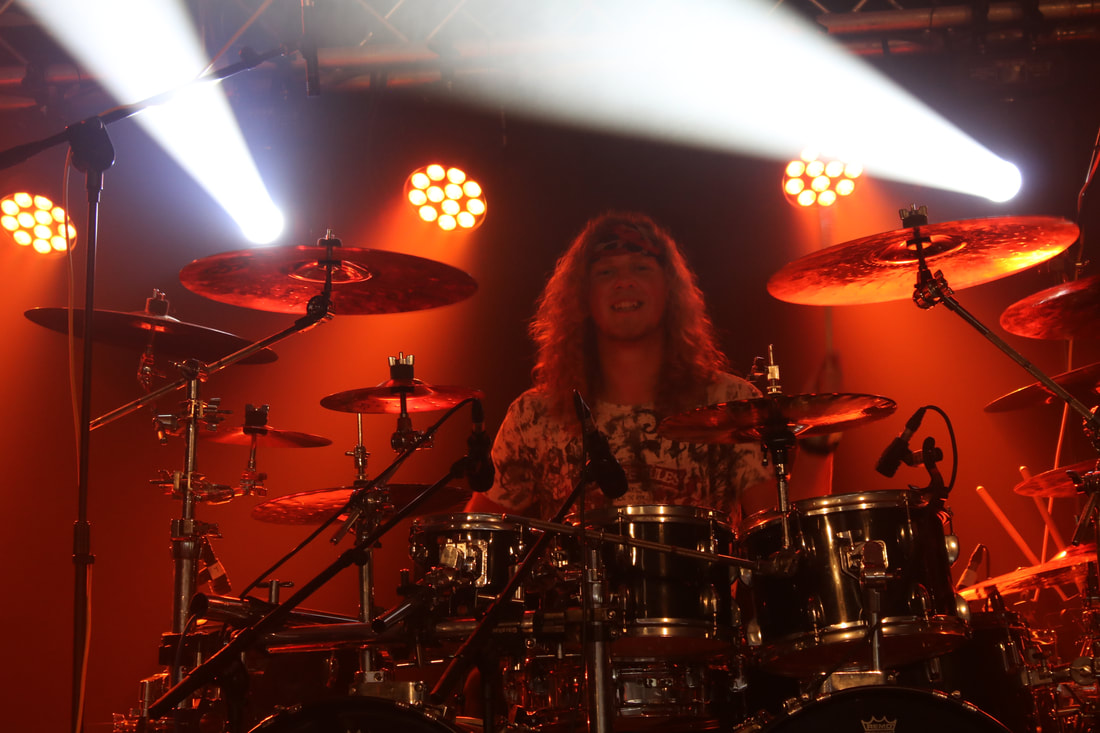 ​When I was 5 years old I started taking drum lessons at Music’scool Waalwijk, after discovering I really loved them, when a good friend of the family arranged for me to try the big metal setup his drummer always brought on stage. I was 4 years old at the time and the urge to start playing was incredibly strong. In Roan Segers I had a teacher that teached me how to play all-round, tight and as creative as possible within the time signatures.
When I was about 12 I had my first school bands, and at 15 years old I entered “smoking Barrel” (which turned into a Volbeat Tribute, and later “For Evight- a Volbeat tribute”).
When about 17 I founded BlackSteen (Malmsteen and Blackmore cover band) together with the guitarist.
After leaving them both around my 21st I entered MikeyLow, with which I recorded the EP “Food For Thought”.
A year later I decided I needed a break from the band life and focused mainly on guitar playing, recording, and learning to produce my own songs for a few years.
In 2018 my story with Phoenix started.
After playing with multiple substituted drummers since the previous drummer left, Phoenix went looking for a new drummer.
I got tagged in the Facebook-search they did, and that’s how I got in touch with Guus.
The previous singer, Wido, already knew me from BlackSteen and an audition was planned.
I got the call a few days later, and we planned the coming months. I love Phoenix for the friendship, the quality of the playing, and the style we’re playing in.